Something I didn’t post back in 2016 because I didn’t have the energy to polish it. This might get a bit confusing (very appropriate), since I’ve tried this before, in May 2016, but failed to publish it then. I kept the intro I wrote back then in this post (just to torture you, jk). Some context, Daphne was my girlfriend when I was 10 or so years old.

For me the Daphne period of life has ended. I think I can let go of the pain now. It did produce quite a spurt of creativity inside me. I wrote in a diary and in a notebook plus a thing I shouldn’t mention. The work might be too unstructured to properly publish or even make into something decent. So now I leave you, dear reader and myself, with one the last post that was actually one of the first things I wrote after hearing of Daphne’s death.

I calmed down again since I’ve written my last post. Of course I still feel some grief, but it’s now mostly present in the back of my mind, instead of consuming almost every moment, like it’s done in the past two days.

When I first found out about Daphne I wrote a lot and talked to a lot of people about it. In that emotional chaos my dad showed me a page in a book called “Who’s who in the Ancient World”:

A Greek mountain-nymph who was pursued by Apollo, and in answer to her prayer for help changed by Mother Earth into a bay or laurel tree….

The story goes on after this first sentence, but for the purpose of this blog post the mere essence of the first sentence suffices.

After showing me the Daphne of antiquity, my dad also told me that we have a Daphne plant in our garden. He said it was there when we moved in. But in recent years other plants have hidden the Daphne plant from sight and he thought the plant might have been dead too. The next day he showed me a picture of the Daphne plant and we went to look if she was still there.

The plant wasn’t dead there was still something of the Daphne plant remaining. It is the plant with the light greenish leaves in the picture below.

I think I’ll try to give it more space and if the plant is also dead, I’ll plant a new Daphne plant. Maybe when I do so a new Daphne will be born too. Reality of course doesn’t work that way but in fiction we can pretend it does.

Here I’ll give a note from the present (May 2016), the Daphne plant hasn’t died. After my mom and dad came back from their vacation in Greece, my dad saved the Daphne plant for me, by removing parts of the plants that were blocking its acces to the sun.

In a way her death makes me feel the suffering of others more… I probably couldn’t have saved her even if I tried to contact her again. But maybe she will inspire me to safe some other lives. My first thought was to do something political, but the succes of such endeavours would always be uncertain. Today I was called by someone from the red cross. I have made some one time donations to them, and the person calling me wanted to know if I’d be interesserend in having a monthly “subscription” thing. I said I’d prefer not to since it’s often necessary to change where your charity goes depending on circumstances, however now the circumstances dictate that the redcross is probably in need of more donations than usual.  I think I remember the guy on the phone telling me the redcross is the only organisation with acces to the region of Syria. A quick google search falsified that statement, however I do agree that the redcross currently probably needs more money than usual so I’ve donate something to them. 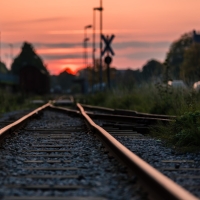 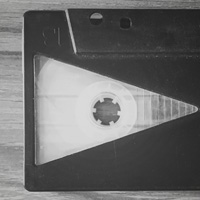